ON THE FOUNDING OF JUDO In the seaside town of Mikage, near Kobe, Japan, Jigoro Kano was born on October 28, 1860. In 1871, Kano’s family moved to Tokyo. As a boy, Kano was an undersized, slender, weak, and sickly child with one sickness after another. Against his doctor’s advice, Kano decided to do something yo improve his health and at the same time learn how to defend himself against bullies. At the age of 18 he enrolled in the Tenjin Shinyo ryu school of jujitsu.

Under the guidance of Fukuda Hachinosuke, Kano began his long journey to physical well-being. The Tenjin Shinyo ryu was a soft martial art that stressed harmony rather than combat, yet at the same time included striking and grappling techniques. After studying at the Tenjin Shinyo ryu, Kano transferred to the Kito ryu school to study under Tsunetoshi Iikubo. This brand of jujitsu was much softer and stressed moderate workouts with attention given to freedom of action, the abstract symbolism connected with physical technique, and throwing techniques.

It was during these times that Kano began a comprehensive and systematic study of other forms of jujitsu such as sekiguchi-ryu and seigo-ryu. He started this project out of respect for his masters, but he soon he craved for a mental knowledge that was lacking in their teachings. He sought to understand the superior control that his teachers had mastered. He also studied the manuscripts developed by the founders of various schools, the I Ching, (Book of Changes), and Lao-Tsze’s philosophy.

Around 1880 Kano started rethinking the jujitsu techniques he had learned. He saw that by combining the best techniques of various schools into one system he could create a physical education program that would embody mental and physical skill. In addition, he believed that the techniques could be practiced as a competitive sport if the more dangerous techniques were omitted. So in 1882, having pulled from ancient jujitsu the best of its throws and grappling techniques, added some of his own, and removed such dangerous techniques as foot and hand strikes. Kano at the age of 22, presented his new sport–Judo. He called this sport Kodokan Judo. The term Kodokan breaks down into ko (lecture, study, method), do (way or path), and kan (hall or place). Thus it means “a place to study the way.”

Similarly Judo breaks down into ju (gentle) and do (way or path) or “the gentle way.” Kano established his Judo school, called the Kodokan, in the Eishoji Buddhist temple in Tokyo which grew in size and later moved. The first Kodokan had only 12 mats (12 feet by 18 feet), and nine students in the first year. Today the Kodokan has over 500 mats and more than a million visitors a year. 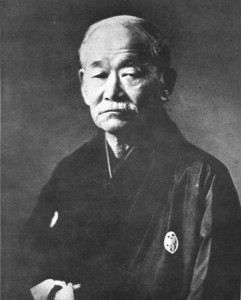 One thought on “History Of Judo” 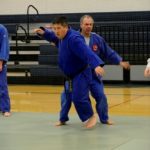 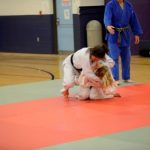 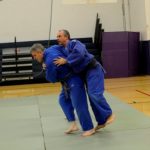 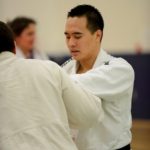 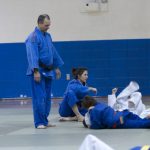 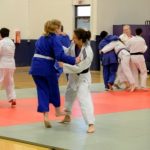 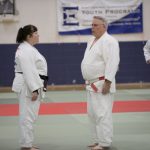 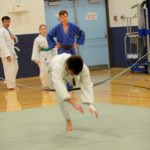 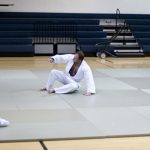 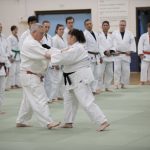